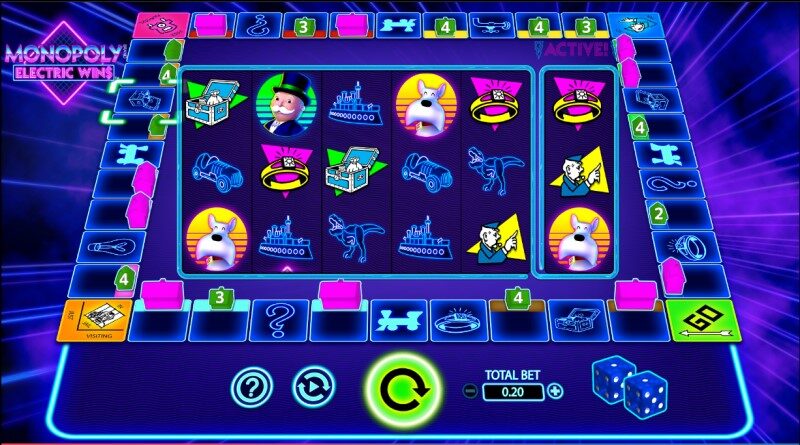 Yes – Wins can be high multipliers

4-16 – Can retrigger within feature

Lets start with the screen layout. There are 6 reels  that have 3 symbols on each reel, but for some reason they are split into a “5 reels together and then a further reel set apart from the others”. Why?

Around the outside of the reels is a Monopoly board. When you play, your counter will move around the board first and then the reels will spin. There are no less than EIGHT different symbols on the Monopoly board that can affect what happens on the reels. We’ll cover those off further down.

And if this doesnt sound complicated enough already, then theres more. Even thought there are 729 Win Lines you can start playing for as little a 20p per spin. However, should you change your stake at any time during the game, this will also change what is happening on the Monopoly board around the reels.

As a player that does like to change my spin value from time to time depending on how I’m doing, this is an unneccessary complication – the more you wager, the more houses appear on the board. Along with hotels and purchased properties. And if you think this is sounding even more complicated now, taking a look at the 15 (FIFTEEN!!!!) pages of instructions isnt doing to make it much clearer.

Once you’ve chosen your preferred spin stake then you are ready to go. Pressing the central start button will roll two dice. The total of these dice is the number of paces that you move round the board. If you land on a property then you automatically “buy” it – you’ll know which ones you have bought as they will have a green tick in the corner.

Completing a set of hotels will award the Free Spins Bonus. You’ll be awarded between 4 -16 Free Spins dependent on the roll of the two dice. However, if the total of the two dice is less than five then the dice will roll again and that total added to your first roll. 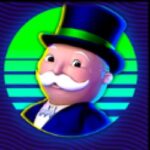 So, we’ve finally managed to access the Free Spins Round and you’ve been allocated your Free Spins. By this time your Monopoly board will be full of properties that have house and hotels on them. Each time you land on a property this time you will be allocated a Cash Reward.

This reward is a multiplier or your original bet and the more buildings that you have on the property you landed on has, the more you win. Once all your Free Spins have done you’ll be left with a final total which is added to your balance.

Monopoly Electric Spins - A Guide To All The Symbols

I mentioned above that the Monopoly Electric Wins online slot not only has symbols on the reels, but also on the Monopoly Board around it. I’ll start with the board symbols as they affect what happens on the reels.

The first symbol is the Free Parking square. If you land on this then it will randomly add houses and hotels onto properties that you own.  This is a handy way to speed up getting the full set of hotels on a set of property cards that you need to activate the Free Spins feature.

This is the Go To jail symbol. Land on this and you…well, you go straight to Jail. However, you dont get any penalty as you can move on with your next spin so its pretty much useless. Whys it there? No idea – but I guess that monopoly isnt Monopoly unless you have a Go To Jail  symbol eh…

If you land on the Chance Card square on the Monopoly board then a number of Chance symbols will drop onto the reels. When the spin finishes the reels will reveal themselves to be one particular symbol, which could help you get a bigger win.

There are four Railway symbols on the monopoly board. landing on any of these will move you to a random property on the board. If you own it then it will add a house or hotel to that property. Can be a (slow) way to get your hotels built up on the board for the Free Spins round

One of the more useful squares on the Monopoly board, the Waterworks symbol will hover over one or more reels and turn the symbols into Wilds. Can be a good way of getting decent mulitiple line wins.

The final symbol is the Electric Company one. land on this square and it will activate the Lightbulb that is only ever found on Reel 6. This symbol will turn all Wild symbols for that spin only into x2 Multipliers, doubling any win that you have.

Now that you know how to play the Monopoly Electric Wins Online Slot game you might want to try it for yourself. If you do then there are plenty of Online Casinos that have this game in their portfolio. Be aware though that this is a complicated beast and you might want to play Monopoly Electric Company in free play mode first to get used to it and to see if you like it. if you do, then Casumo offer this as a Free play game.

You can play at any of the following Online Casinos, and if you are a first time player with any of these casinos, there is quite a high chance that you will qualify for a New Player Bonus Offer.

Usually these Conditions will relate to what is know as a “Play Through” term.The simplest way to explain this is that any additional cash bonus or Free Spins Bonus will need to you play a certain amount of spins before you can withdraw. These spins do not always have to be on the same Online Slot Game, but will have a set number of spins that will have to be achieved before you are eligible to withdraw any winnings.

This may sound complicated but it really isnt. If for example you get a 100% deposit bonus for signing up at an Online Casino you may be required to wager this bonus amount a certain number of times before you can withdraw any winnings. Another important thing to note is that wagering requirements can be different depending on what you are playing. So playing online slots might require you to wager your deposit and bonus a different amount of times than if you were playing poker or another table game.

Where to play Monopoly Electric Wins

Wagering requirements might sound scary but they really arent. Its just a way for the Online Caasino to protect itself from people potentially depositing, claiming a bonus and then withdrawing the entire sum.

So. Now its time to let you know where you can play this incredibly confusing and overblown online slot game. 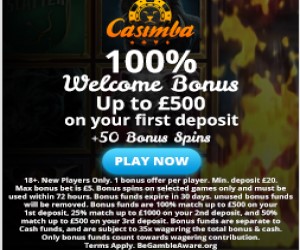 Casimba are offering all New Players a 100% matched deposit bonus up to £500 and 50 Free Spins on their StarBurst online slot game.

Casumo are offering all New Players a 100% matched deposit bonus up to £25 and 20 Bonus Spins on their Book Of Dead online slot game.

Mr Green are offering all New Players a 100% matched deposit bonus up to £100 and 50 Free Spins on their StarBurst online slot game. 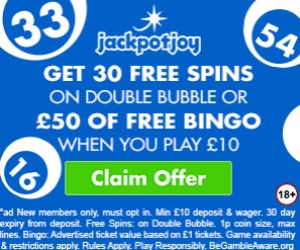 Deposit and wager £10 and get 30 Bonus Spins on the Double Bubble online slot game.

Get a 100% matched deposit bonus up to £300 and 25 Bonus Spins on the Starburst online slotwhen you make your first deposit as a New Player.

The Monopoly Electric Wins online slot is a complicated game to play and you’ll need to take some time to see if itsthe slot game for you. However, if you feel it doesnt quite fit what you are looking for, why not have a look at our latest slot reviews? 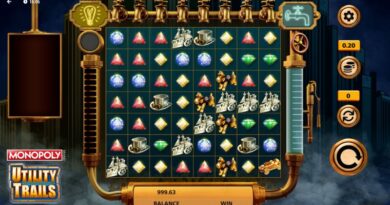 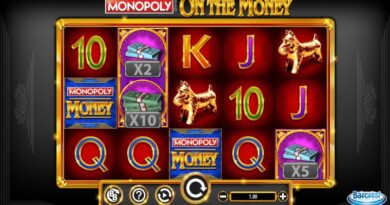 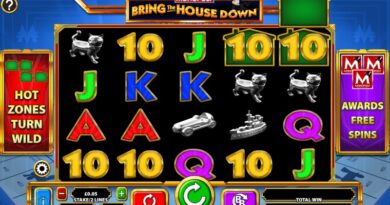